XRP/USD sellers attack the $0.5500 threshold during the latest pullback amid early Tuesday. In doing so, the ripple prices step back from a three-week-old ascending triangle’s resistance line. However, strong RSI conditions join 100-bar SMA and the stated triangle’s support near $0.5300, to challenge the XRP/USD bears.

The price of the cryptocurrency is testing the bull’s commitments and there is a potential for a run back into daily resistance. The following illustrates the synergy between the daily and hourly chart that can help to identify a trading opportunity in the use of harmonic chart patterns, such as the M and W formaitons. 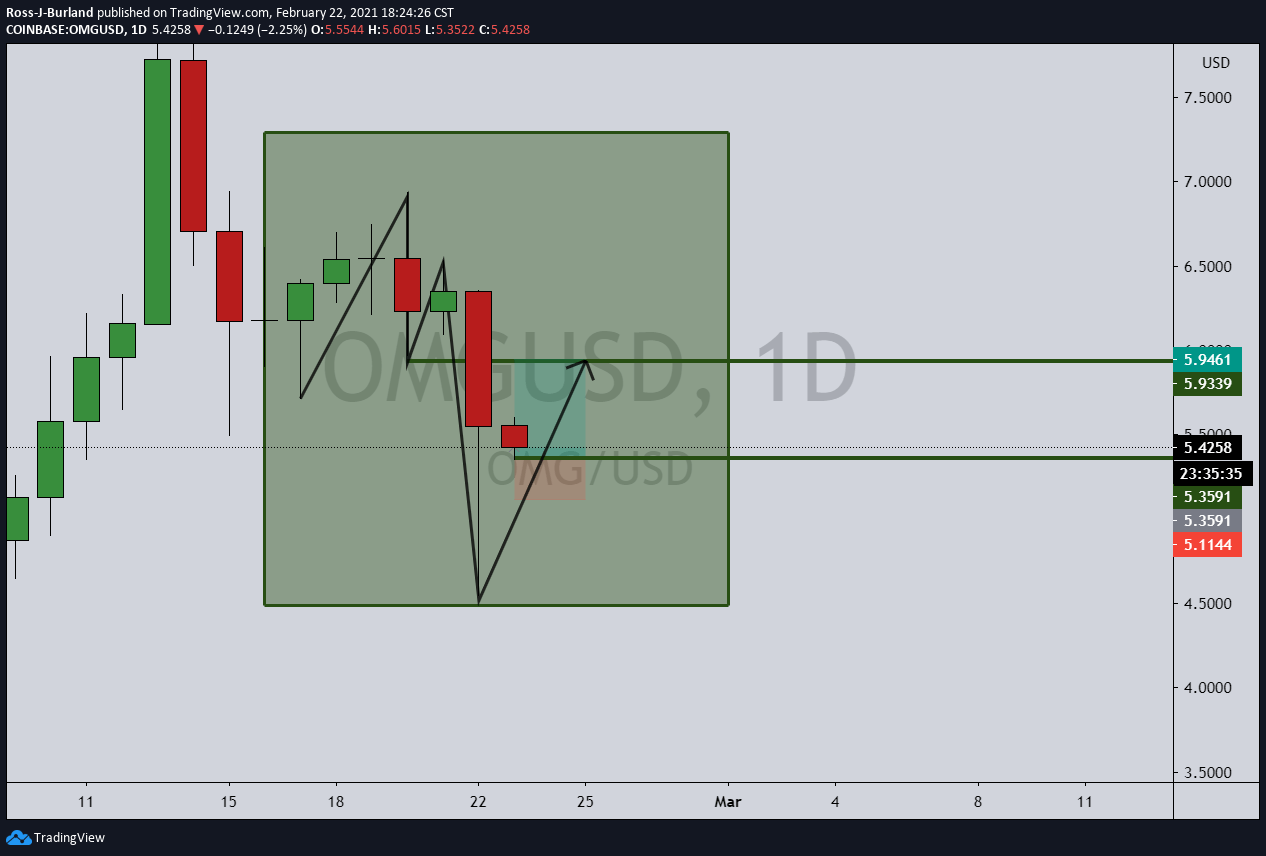 ETH/USD stays on the front foot, recently easing to $1,755, during the early Tuesday’s trading. In doing so, the altcoin keeps the recovery moves from the previous day’s heavy downtick that recalled two-week lows in a flash move. However, failures to slip beneath an upward sloping trend line from December 23 join a daily closing beyond 21-day SMA to favor the ETH/USD buyers.